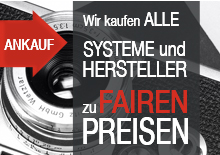 The lens is in a good condition.
There are almost no signs of usage.

The first retrofocus wide angle lens designed by Leica. Again 8 element lens of now retrofocus constuction, the wide aperture of f/2.8 was quite high at this introduction and is even today sufficient for most taks. The first version could be used down to 30cm (without rf coupling), and later was reduced to 70cm. The design of the mount was now the standard livery and would not be changed until quite recently.
The first version in black with a E49 filter size and after serial number 3,363,299 a larger front lens and a different filter size with E60 version.